Providing legal services throughout the Barossa and South Australia 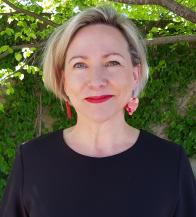 Kirsti graduated from the University of Adelaide with a Bachelor of Laws in 1985 and subsequently pursued a successful career in opera, singing major roles both in Australia and overseas. For a time she also moonlighted as the  Adelaide ABC TV Weather presenter.

In 2009 she decided to return to the law, completing studies at the University of New England and a Graduate Diploma in Legal Practice at the Australian National University. Admitted to practice in 2010, she worked initially at the Central Australian Women’s Legal Service in Alice Springs dealing with criminal and family law before returning to the Barossa in 2012 and joining a local legal firm where she worked in the areas of family law, wills and estates.

Teusner & Co welcomed Kirsti to the team in November 2019.